Indignados and Sardana in Sant Cugat

We checked out the indignados camp in the monastery square in Sant Cugat the other day. It was actually quite cute, and they even had a children’s corner with some toys: 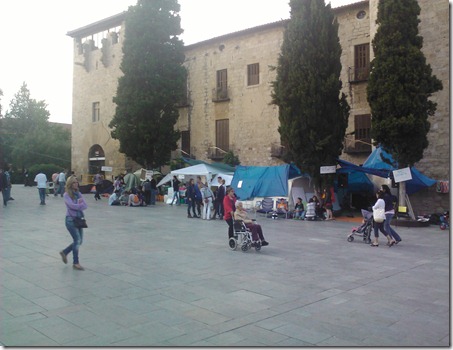 Meanwhile, since it was a Saturday, there was a Sardana dance in the other side of the square. Most of the people dancing had these super serious expressions on their faces: 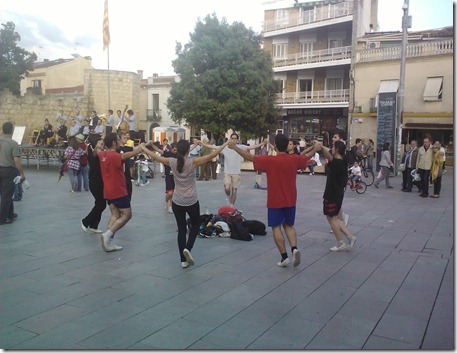 After the Sardana cleared out, a group of indignant drummers appeared and made a lot of noise: 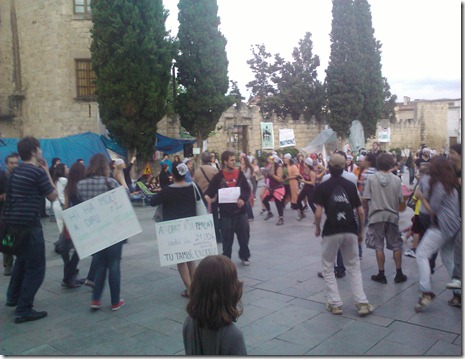 There were some informative posters about sustainable banking and the such: 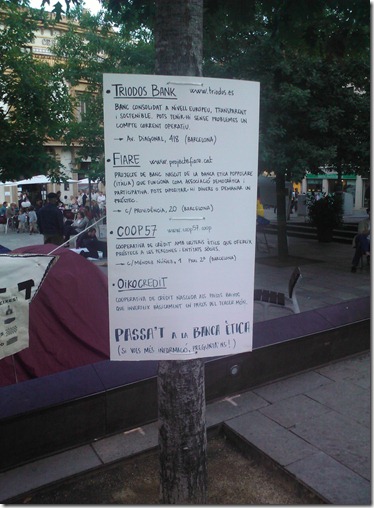 It was quite civilized in all. I can understand why the majority of people in Sant Cugat still support the movement, despite being such a conservative town.

There was no police to be seen anywhere, which by American standards would have been unthinkable. Despite being the “land of the free”, if anyone tried this in the US, they’d be beat up and packed off to jail in the first five minutes.

In case you don’t believe me, here’s a couple people getting beaten up and arrested for slow dancing at the Jefferson memorial in Washington DC: