Who votes in Spain?

I thought this was an interesting graph on who votes in Spain. I never realized that Spanish farmers were so into politics…. (read whole report here) 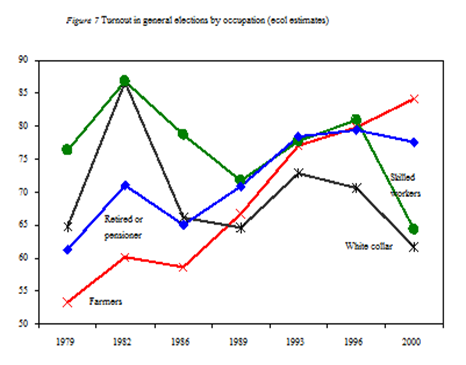 As for the young people voting, as usual, they don’t do it as much as the older people. The religious people definitely figured out which side of their communion wafer is buttered. (That idiom does not work well in Spain, considering the general lack of butter on bread). 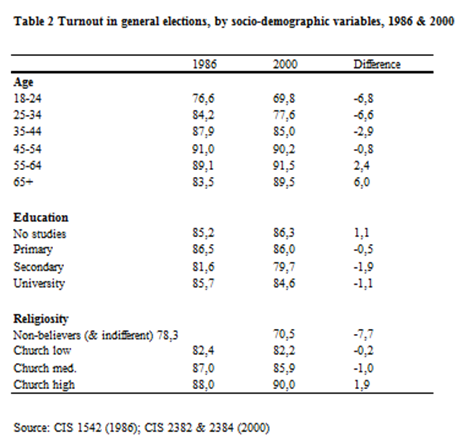 Unfortunately for young people, both the demographics and lack of voter participation means that their protests are likely not to amount to much.