CEOE, the leading association of business owners in Spain, got to be in the new twice today.

First, José de La Cavada, director of the labor relations department was fined 25,000 euros for humiliating and abusing his workers. CEOE still denies the claim and stated that it had a “magnífico clima laboral” at the association, and proudly stated that the average age there is twenty years. How many of these have permanent work contracts and aren’t the director’s children or nephews wasn’t stated. 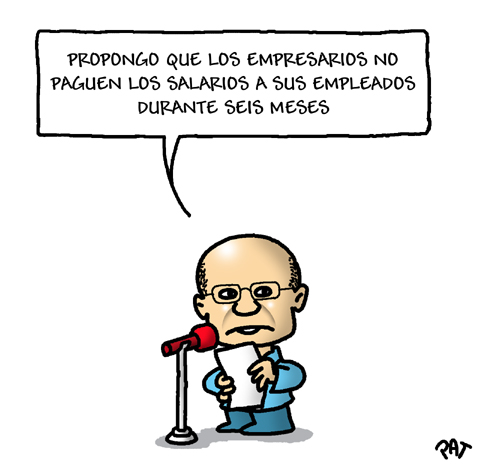 Last month, the head of CEOE, Gerardo Díaz Ferran was sentenced by a court in Madrid to personally pay two months of back wages of Air Comet. He had a actually signed a document last December, where he personally guaranteed to pay the salaries of the company. He argued that this was merely a “moral commitment”, which obvious doesn’t mean much to Ferran.